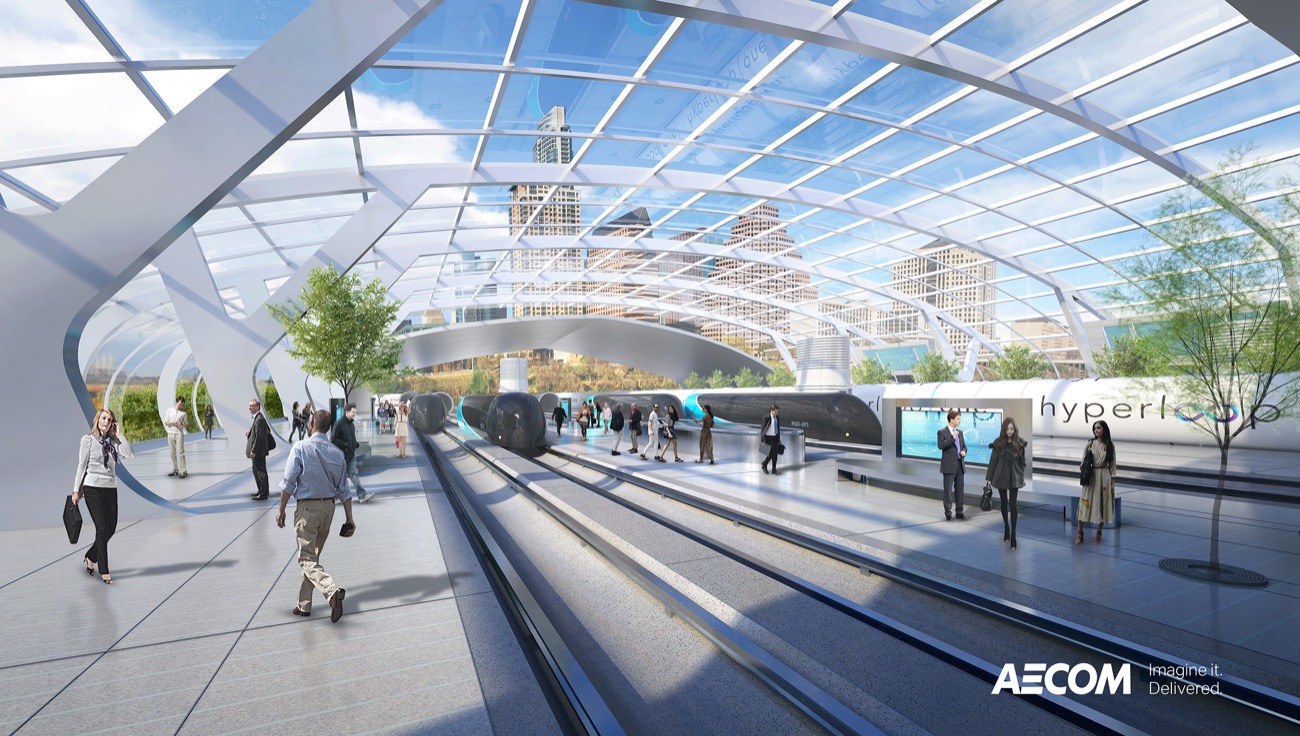 AECOM has big expectations for the future of transportation in Dallas-Fort Worth. And if all goes as planned, new transportation innovations could change the way businesses, cities and real estate developers envision and build the region.

The Los Angeles-based engineering firm, which has an office in Dallas, has been working on the local high-speed rail project, which would boast a 90-minute ride from Dallas to Houston, and Hyperloop One, which would connect Dallas, Austin, San Antonio, Houston and Laredo via a high-speed tube with speeds up to 700 miles per hour. AECOM has been exploring environmental impact studies and plans for the both regional systems. Though there are a lot of hurdles to jump on both projects, one thing seems certain: Change is coming.

"You can start to imagine that we're moving in a different way," said Steven Duong, AECOM associate vice president. "So that means we'll need to do development a different way."

The full environmental impact report for the high-speed rail project, led by private company Texas Central Partners, is expected to be released by the Federal Railroad Administration early next year. Meanwhile, Hyperloop One in Texas is still in the early stages of its environmental impact study.

But if or when these projects start rolling full-speed, cities, developers, residents and business will likely have to change their planning processes. The timing is still years away, with both projects not expected to start construction until the 2020s, according to AECOM.

Add these high-speed systems to the innovation already taking place with autonomous vehicles, and the transportation transformation only magnifies.

So where a person lives may be irrelevant to where he or she works, shops, eats or frequents. In other words, a person could easily live in Austin and work in Dallas. How does that change the way businesses recruit or divide their assets? It also means that some companies could find more regular customers in other cities who may not previously have been options due to distance.

Beyond the business impact, real estate developers will have to consider how they're constructing their buildings. With the expectation that autonomous vehicles will play a major role in transportation as 5G comes into massive adoption, parking may be a thing of the past. Now's the time to start considering what the future will look like, Duong said.

"When you start to plan for a new development and integrate this in the community from the beginning, you're going to be better off down the road," he said. "By the time you notice it's here, it's already too late."

Autonomous vehicles also will change how people view destinations. So if they're in an autonomous vehicle, say watching a movie or working, they may have less reason to stop somewhere that would've caught their attention had they been driving.

So "placemaking," a term used to describe building communities that connect between people to places, will be a real challenge for cities, businesses and developers alike, Duong said. They'll need to capture the attention of not only the millennials but the rising Generation Z. In other words, how "Instagrammable" the food a restaurant serves, a current consideration for trendy restaurants, may be just the tip of the iceberg.

The key to understanding the best route to take is staying well-informed and educated about whether a design has long-term staying power, Duong advises.

"When cities make a decision about infrastructure, they're making something for two to three decades," he said. "Don't design infrastructure with what we have now."

Though there is still a lot of speculation about whether these transportation projects will even come to fruition, AECOM believes it's only a matter of time.