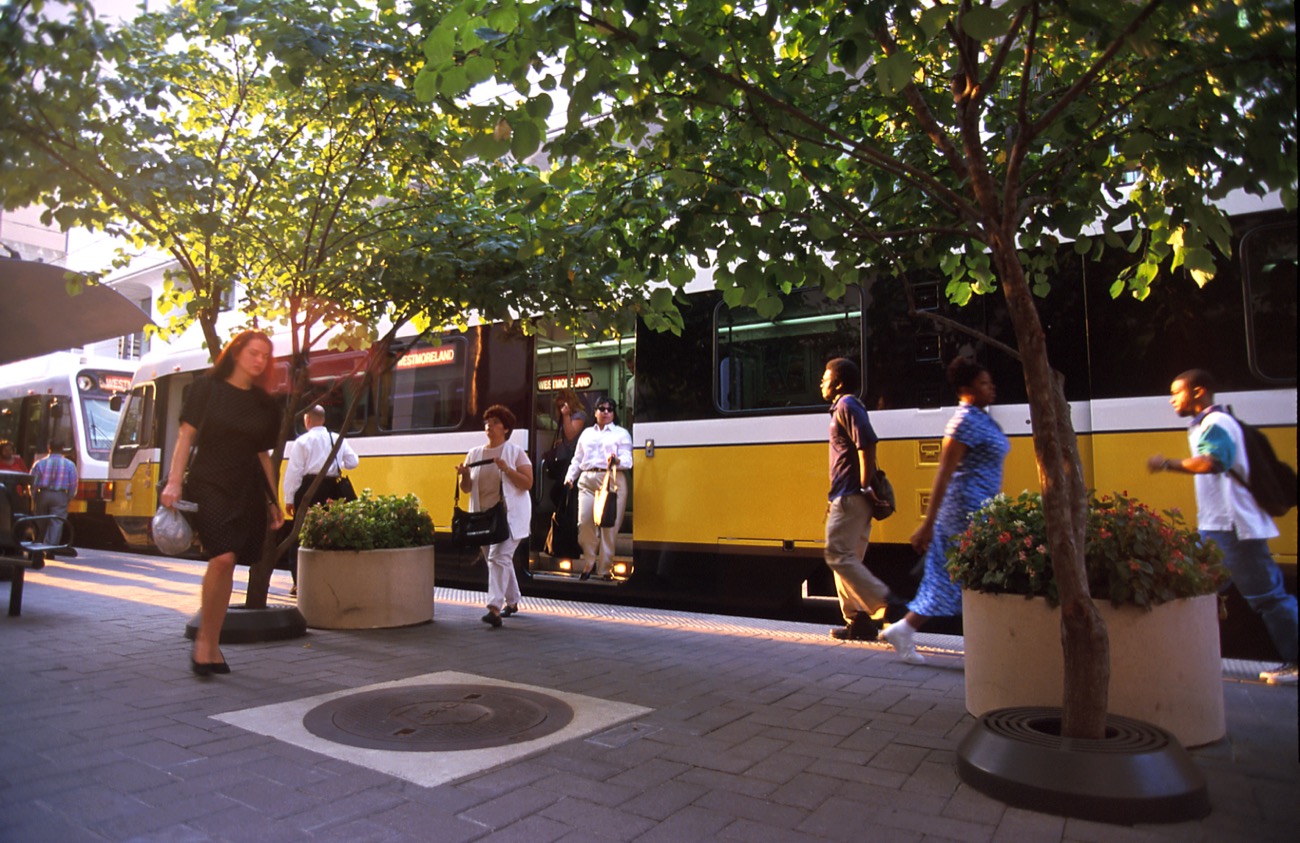 In its quest to improve service, adopt new technologies and expand reach, Dallas Area Rapid Transit will offer on-demand ride-sharing service to and from its stations with the purchase of a transit pass in January 2019.

“DART's challenge is you can either innovate ... or die,” said Todd Plesko, DART vice president of planning and development. “The goal that DART has is bring people from neighborhoods to some place that has high frequency [transit] services … get there quick … and it's easy and seamless.”

Plesko also told audience members that DART would consider the use of autonomous vehicles in its plans if the technology proved to cut costs. Meanwhile, the agency is working on a contract to provide Uber Pool, which are shared Uber rides, to and from its stations. The service, which will be available on its GoPass mobile app, is expected to be available within 10 minutes from user request and will be included in the cost of a regular DART pass.

Plesko didn't identify which areas would receive the service, only saying that it is expected to be available in 13 zones with “ineffective service.” That number could expand to 24 zones, he added.

Unbanked riders will be able to pay for the service at 7-Eleven, Plekso said. And people without smartphones can access the service via a phone number DART will release.

DART also aims to include other area transit systems and shared services—like bicycles and electric scooters—to the GoPass application so that people living in or visiting North Texas can get all of their transit needs in one place.

This isn't the first time DART has teamed up with a ride-sharing service to provide first- and last-mile transportation to and from its stations. The agency launched a similar service in 2015 with Lyft, offering riders $5 off their first 10 rides. But now, using monies from part of a $1 million Federal Transit Administration grant, which the agency received in 2017 to pilot new tech solutions, and savings from retired services, DART plans to fully cover the rides.

To finance the new service, DART reviewed fixed-route shuttle services it was running in areas like Plano. The Plano service, for example, provided rides from Legacy transit center to Granite Park and Toyota's headquarters every 30 minutes during rush hour and every hour during weekdays. The service only provided about 20 rides a day, and “that's not cost effective,” Plesko said. When DART chose to make that service on-demand, the cost dropped. The savings were then put toward more on-demand services like the Uber-Pool plan.

“The rail system and the bus system is fairly centrally focused,” Plesko said. “DART realized for us to survive, we need a bigger market share. We need to service people who are not necessarily going downtown.”

While autonomous vehicles are far from DART's radar, others consider it a vital part of development. NCTCOG's Bamonte believes the region is a leader in this technology.

In fact, developers like HALL Group are already trying to figure out how to deal with parking in the future and how to design with the idea that automated vehicles may be widely adopted in upcoming decades. So things like drop-off and pick-up points will have to be designed to handle heavy usage. Vehicles might even drive into building lobbies, Bamonte said.

The adoption of electric cars could increase while city parking revenue, gas station availability and car dealerships could decrease, Jordan of Munsch Hardt said. Home builders will likely be affected, too, he added.

Autonomous vehicle adoption could also expand urban sprawl, if the trips were affordable and widely adopted, Bamonte said. But it could counteract sprawl if surge pricing was implemented.

The implications are profound, Bamonte said.

“If people can be persuaded by the lower cost of fleet [autonomous] vehicles, no place in this region is built out,” he said, adding that 20 to 30 percent of land use is parking. That creates “wonderful opportunities for infill commercial developments.”